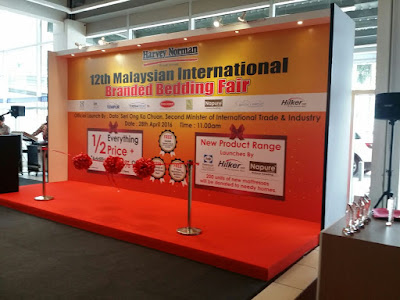 The fair allows shoppers to shop with confidence and enjoy many great deals and free gifts. We love shopping at the Malaysian International Branded Bedding Fair as it provides a lot of choices with promotions that is not available in-store on normal days. 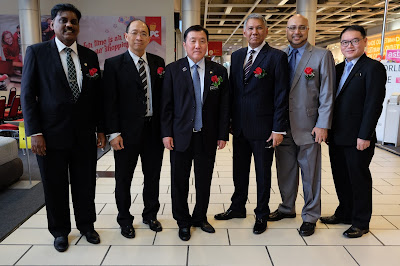 Launched by YB Dato’ Seri Ong Ka Chuan, Second Minister of Ministry of International Trade. The launch event was attended by a number of media and bloggers.

One of the key highlights at the fair is the Reduction of Recommended Retail Price (RRP) of Bedding Products. This is made possible by the strengthening of Malaysia currency along with the support and collaborations from their business partners/suppliers, coupled with lower cost for imported finished goods and raw materials. Hence, greater savings are passed to the customers in the form of much reduced recommended retail price (RRP). 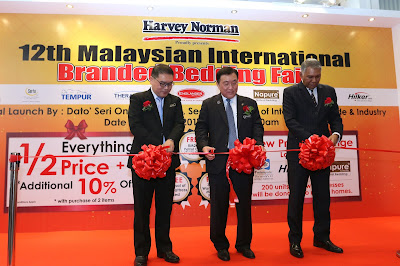 “We believe we are the first furniture and bedding retailer to offer such amazing deals. On top of the savings customers can enjoy from the reduction in recommended retail price, everything at the fair is going at half price, plus an additional 10% off with purchase of two items or more.” explained Mr Eddy Ng, General Manager of Harvey Norman Malaysia Bedding Department during the launch event. 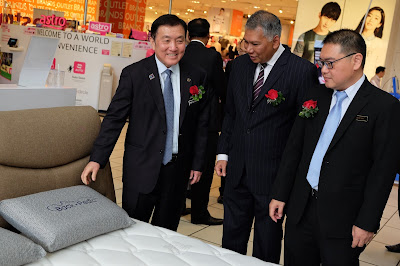 
Customers will be among the first to try the latest mattresses from Sealy, Napure, Hilker, Therapedic and Englander at their respective product launches at the fair. It’s a good chance to try and test the newly imported mattresses and made our choices. 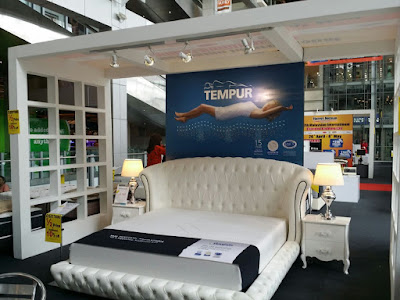 Tempur launches their latest mattresses at the fair.

Not only that, Harvey Norman is also giving away FREE RM200 petrol vouchers with every purchase of RM5000, FREE 3 Years warranty on mattress fabrics, and FREE disposals of old mattresses and beds during the fair. 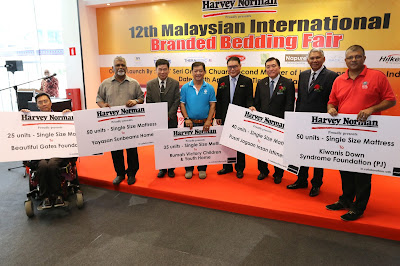 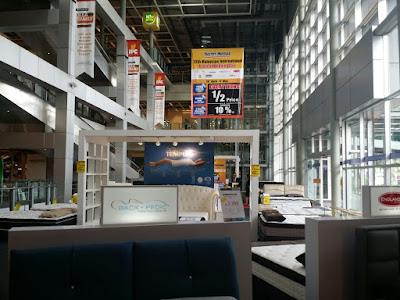 To bring more convenience and value-add to the customers, Harvey Norman’s “Shop with Confidence” consumer-centric policies encompass exchange and refund, price guarantee, product reservation, same day delivery and product cares. It is about giving customers the assurance that they are taken care of.

Harvey Norman is my family's favorite store too because they always offer 0% interest installment xD
Just knew there is an ongoing bedding fair by Harvey Norman!

Harvey norman is not really my choice, because they are a bit pricey i guess

I was just telling my husband that if we had a bigger room, I would want to join 2 queen size beds to make a comfortable bed I could roll and roll around in. Haha

Nice sales that Harvey Norman had. I want to change my bed already.

Always like Harvey Norman because of the good quality. =D

Apparently I do felt that the product in Harvey Norman is kinda expensive. However, they do have some sort of discount on special promotion day.

Harvey Norman is one of my fav store. Generally their products are always of good quality.

Harvey Normal always give the best quality furniture =D It good they have sale and fair too!

Harvey Norman has a good quality deals especially during those sales time.

My husband love to go to harvey norman, well during sales of course. The discount are quite tempting during those sales days

Harvey Norman always comes out some promotion to attract customers .I know the quality is quite good.

Thanks for the information as I going to get a new bed for my new house.

their stuffs are quite affordable after discount. i will definitely buy them if i have a house here.

yay for beautiful and luxurious beds :D... a bit expensive for my budget, but the 50% OFF does help :D

They have good quality products at Harvey Norman - I once bought a bed from there too!

This is my first time read about Harvey Norman story... is just that I wanna know is the bed too soft as its hard for me due to my backbone operated last year. I can only sleep on those a lil harden bed rather than too soft that kind ><

I might need to get more pillows and bedding products there coz my relatives from abroad will visit us soon.

ahh if only I can also sleep in branded bedding, it will be so comfy and nice

My dream brands, although the price is way beyond my budget :(