After an extensive nation-wide search, seven young, talented Malaysians have been chosen to be the country’s first group of Mouseketeers. They will be the hosts of the multi-platform Disney Channel show “Club Mickey Mouse”, which makes its debut in Southeast Asia.
Created by Walt Disney in 1955, the original “Mickey Mouse Club” is being refreshed in the United States as a digital-first program called “Club Mickey Mouse”. In Malaysia, the franchise has been localized and refreshed into a contemporary and uniquely Malaysian show which will entertain kids and families through music, comedy, games and celebrity guest appearances. These include hugely popular local personalities like actress Nur Fazura, actor and singer Fattah Amin, and hip-hop rapper Joe Flizzow. 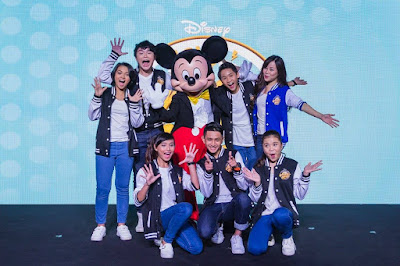 Leading the group is 26-year old Head Mouseketeer Charis from Kuala Lumpur, well-known to Malaysians as a popular YouTube lifestyle personality. The other talented Mouseketeers are: 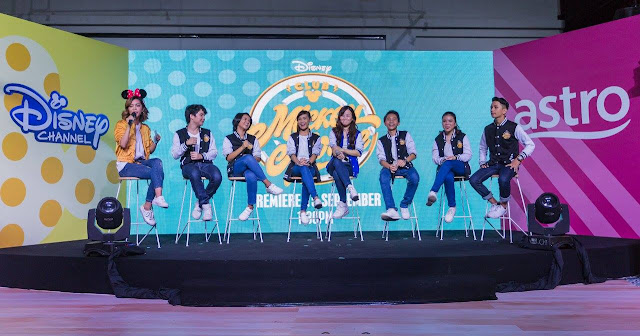 
The iconic variety show for children first started in 1955 in America, and had been revived, reformatted and reimagined over the decades in order to remain relevant to audiences. It was also responsible for uncovering and launching careers of former Mouseketeers such as Britney Spears, Justin Timberlake, Christina Aguilera and Ryan Gosling.
“Club Mickey Mouse” will premiere on Friday, 15 September, 1.30pm on Disney Channel (Astro Ch 615) and will also be available on Astro GO and On Demand. Astro subscribers can also catch the premiere of “Club Mickey Mouse” on Disney XD (Astro Ch 617) and Disney Junior (Astro Ch 613) at the same time.