Japan Expo is held in Malaysia for the first time this year! Happening at Pavilion Kuala Lumpur, Malaysia's premier shopping destination located at the golden triangle, the First ever 'Japan Expo Malaysia 2017' is an immersive 3-day All-Japan event. 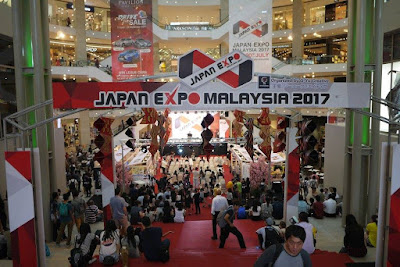 Happening from 28th Jul until 30th Jul 2017, shoppers could immerse themselves in Japan's most iconic cultures, music, anime, art, fashion, food, travel and live entertainment right here in the heart of Bukit Bintang. 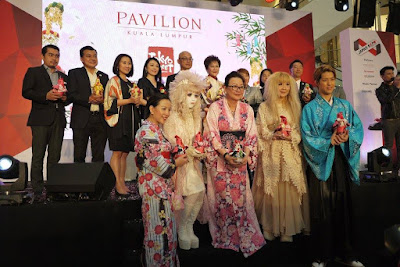 Organised by G-Yu Creative Company, the exhilarating Japan Expo Malaysia 2017 (JEMY 2017) coincides with the 6th Anniversary Celebration of Pavilion KL's Tokyo Street and the 60th Anniversary of Japan-Malaysia diplomatic relations. Revel in all things Japanese under one roof at Pavilion KL and Fahrenheit88 for an unforgettable entertainment and excitement for free all weekend. 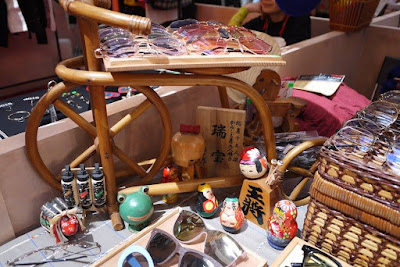 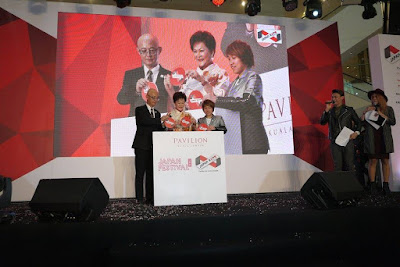 “Japan Expo Malaysia 2017 aims to incorporate all of Japan's charm into one event, showcasing multiple genres of Japan's originates under one roof – from artistes, culture, fashion to food, even education. Every part of this event is a highlight in itself and we thank Pavilion KL for being the perfect host for our first event,” said Ms. Yupharet Eakturapakal.

Also speaking at the event, Dato' Joyce Yap said, “This year, we celebrate our Tokyo Street 6th Anniversary and the 60th Anniversary of Malaysia-Japan relations with the first ever Japan Expo Malaysia 2017, a special occasion where we celebrate togetherness, and bonding with the community. We want to thank G-Yu Creative, the Japan Embassy, key organisations, tenants and loyal shoppers for their continued support in fostering our community and creating an authentic Japanese experience for all.” 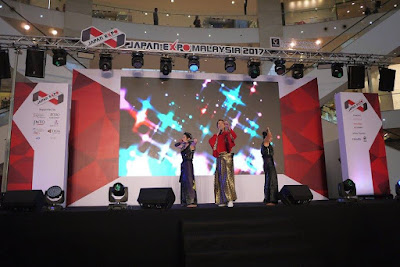 The highlight of the 3-day Japan Expo Malaysia 2017 would be the performance of Pop Sensation PIKOTARO. Famous for his viral song, PPAP or better known as “Pen-Pineapple-Apple-Pen”, it's the first time PIKOTARO performing in Malaysia. Enoy this once-in-a-lifetime opportunity to see PIKOTARO perform live and meet-and-greet this energetic viral-hit Japanese star.

Other special performances and appearances includes Shiferu Matsuzaki, Maito from King Creamsoda, Ryoma Quartet, Naomichi Hanazono, Haruka Yamashia and Reon Kurosaki. This exciting line up of artistes and teen idol groups from Japan will be sure to create an immersive celebrative atmosphere for every Japanese fans.

Famous cos-player Minori will head the cos-player parade at JEMY 2017 too. If you are looking for an 'Infinite Japan' experience, this is definitely the event to be seen at.


Across Pavilion KL, Fahrenheit88 will also be hosting over 15 booths promoting Japanese food, education, arts and culture. Look for exciting opportunities to study in Japan or try the popular Japanese thick egg hot sandwich. Artistes Reon Kurosaki and Monster Kidz will also be making their appearances at the mall.

For more information on Japan Expo Malaysia 2017, check out;

This is great, Pavilion isn't that far from my place, will drop by! It looks so interesting 🙈

Ooo, I like the sound of this event. It's awesome to see different culture and food exhibition happening in KL. I wish they have something like this where I lived.

I love country expos like this as it allows me to learn about the food an culture quickly. Too bad I'm out of the country or I would visit!

This is so much fun but so short.. sad I missed out on it.. huhuhu