Siemens Malaysia has once again demonstrated its crucial role in nation-building by raising awareness and understanding of the public transportation to Malaysian children through their corporate citizenship initiative with the grand launch of “My Train-Ventures” Children's Activity Book last Saturday morning at main concourse area, NU Sentral. 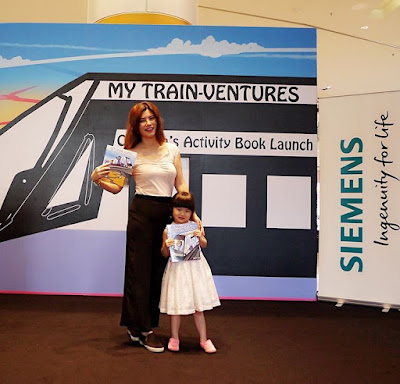 The launch event has attracted more than 150 people to join. The event commenced with a flash mob sequence of the iconic tune of “Locomotion” by Kylie Miogue, presented by the employees of Siemens Malaysia. 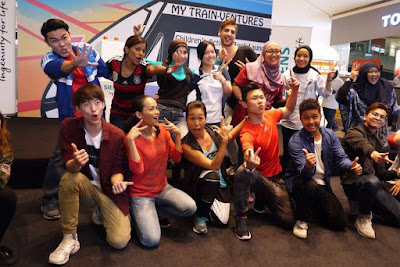 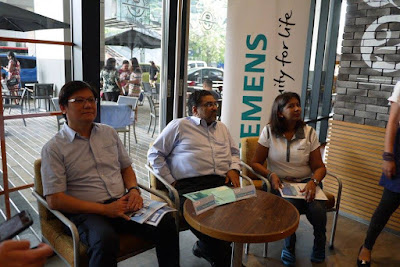 Siemens Malaysia's “My Train-Ventures” Children's Activity Book comprise of 3 different age groups, and comes with striking illustrations and entertaining storylines that promises a unique learning experience. It blends imaginative adventures with elements of fun that makes reading all that more refreshing for children. 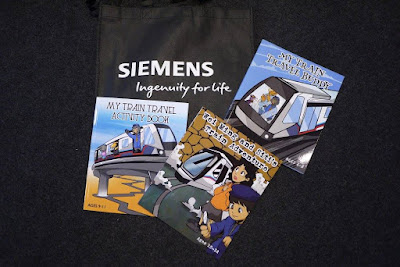 “My Train-Ventures” Children's Activity Book event was held in conjunction with the opening of Sungai Buloh – Kajang MRT Phase 2 which was officiated by the Honourable Prime Miniter YAB Dato' Seri Najib Tun Razak on July 17.

“We are thankful and pleased to have supplied all 58 sets of the automated trains, and for which they are delivered ahead of time together with the entire rail system. When the Prime Minister launched the entire line earlier this week, it capped another milestone achievement for us to see people being able to commute via a modern transportation that is fast, reliable, efficient and comfortable for them.” said Prakash Chandran, President & CEO of Siemens Malaysia during the launch. 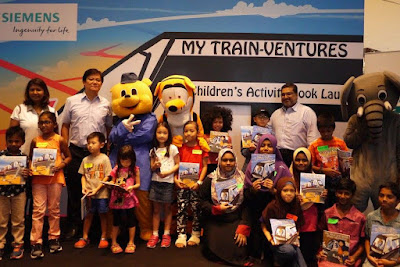 “During the Phase 1 opening of this line last December, several on-site activities were organised. For Phase 2 this time around, we decided to do something different in spreading awarebess about modern public transportation, hence the production of this 'my Train-Ventures” children's activity book as the main theme,” Prakash continued.

There was a series of exciting activities for the children at the launch event. From coloring contest, crossword puzzle challenge, and a specially-crafted “Build Your Own Train” competition where winners walked away with a total number of 100 books to bring back to their respective schools.