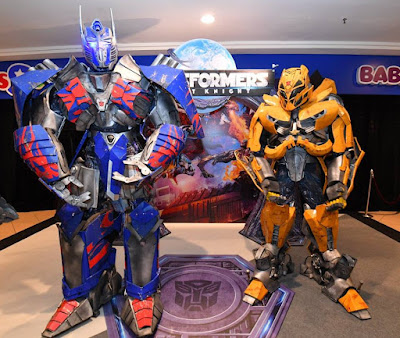 Before the doors opened, fans were treated to a meet-and-greet session with TRANSFORMERS characters Optimus Prime and Bumblebee. Ten lucky winners also walked away with TRANSFORMERS: THE LAST KNIGHT merchandise by participating in the Facebook Photo Pose Contest. In addition, Toys “R” Us went on Facebook Live with the crowd and those featured won prizes on the spot just by participating in the interactive session. 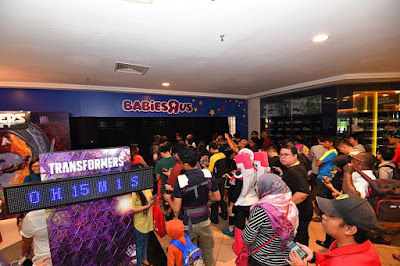 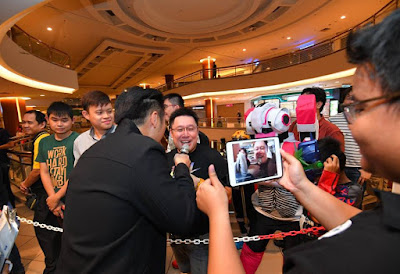 Part of the activities that were carried out at the Midnight Madness Event was the Facebook Live session whereby participants get to win prizes by answering a simple question for those watching on Facebook.

Not only that, the TRANSFORMERS have found their allies as Influencers declared their allegiance to the Autobots or Decepticons on their social channels throughout the weeks of celebrations leading up to the release of the movie. 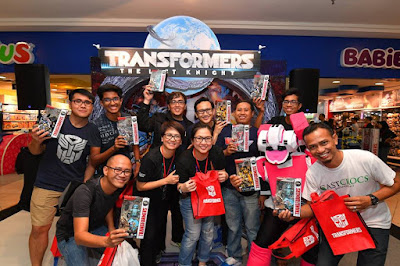 
Other than surprises that appeared on TRANSFORMERS social channels, new games and activities are also coming to Transformers.com and in the TRANSFORMERS: THE LAST KNIGHT App.

So crazy that they had the event at night. But it was indeed exciting!