Inviting Children to be a Part of LEGO® CITY ADVENTURES

LEGO® Malaysia will be unveiling the latest addition to its popular LEGO® CITY portfolio with the launch of LEGO® CITY ADVENTURES – A World Inspired by Imagination at the GF Centre Atrium of Queensbay Mall in Penang. Scheduled from 10:30 am to 10:30 pm every day from 31 May 2016 to 12 June 2016, the activity will offer LEGO® enthusiasts and young builders an opportunity to explore a land featuring real-life heroes centred on the two new subthemes of LEGO® CITY: Volcano and Airport which will launch in June 2016. 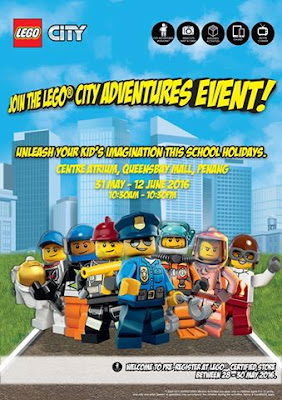 A timeless classic, LEGO® CITY allows young builders to build and role play with the everyday heroes they know and love. Aside from putting a build-and-play spotlight on real-life heroes, it is also packed with detailed models, exciting missions and humorous characters.

“The LEGO® system of play empowers children to be creative, imaginative and innovative by building bricks to bring their creations to life. Our LEGO® CITY franchise provides the ideal platform for creativity, imagination and play to thrive. Young builders have the freedom to exercise their imagination for endless hours of creative play and picture how life would be like in the LEGO® CITY universe if they had jobs in emergency services, airport, train, construction and civilian services,” said Dick Yoong, Country Manager of LEGO Malaysia. 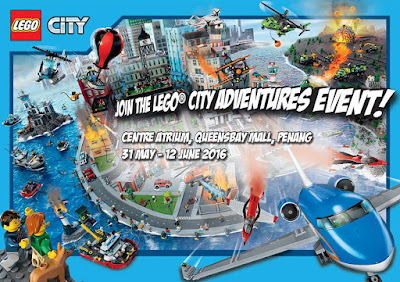 The Adventure
Builders will begin their LEGO® CITY ADVENTURES journey by building their vehicle based on their intended mission – where they have the option to choose from four missions: police station, fire station, volcano explorer and airport. They can either play the role of police to catch thieves, be a fireman, dig lava out of the volcano or fill up the aircraft fuel before departing. With the completion of a minimum of 2 activities, children are entitled to a personalized certificate to be the hero of city adventures and a set of badges stickers to complete their mini passport.

In addition to the missions, visitors can also  meet mascots from the LEGO® CITY universe as well as play exciting activities including building bricks with LEGO® and exploring LEGO® CITY missions in the digital world on iPads. 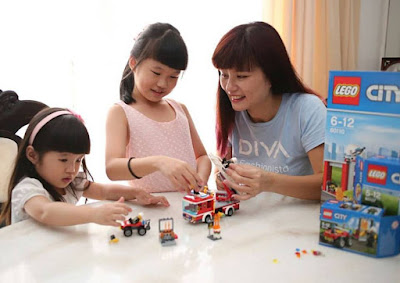 Participants can post a photo of any LEGO® CITY element built by their child with a caption not more than 30-words. The first 100 participants to bring their children to the LEGO® CITY ADVENTURES event at the Queensbay Mall and present their post to the event crew have the opportunity to redeem a LEGO® mystery gift.

LEGO® Malaysia is on the lookout for the best LEGO® CITY builder through the LEGO® CITY ADVENTURES “Top Builders of the Month” nationwide contest. Taking place in July till October 2016, this contest will see children across the country using LEGO® CITY bricks to build and complete the adventure shown on the LEGO® store’s existing diorama display, and narrate their story using the ‘what happens in between’ storyline.

The public also would have the opportunity to be entitled to an attractive gift with the purchase promotion running from June to August in all participating stores. They can get free passport and sticker sets (6 sheets) with purchase of any LEGO® CITY product worth RM50 and above.

Email ThisBlogThis!Share to TwitterShare to FacebookShare to Pinterest
Labels: My princess, Toy

We need to keep kids imagination going and i think lego is a great way for kids to do that.. limit their time with technology!

My sister is a LEGO fans, but why Penang so far. =(

Just check out their website, this is really interesting not only for kids but for all legos lover.

I never play lego before.miss this during my childhood time.