There is nothing better than a refreshing treat like King’s Potong ice pop to keep the hot weather at bay. King’s Potong rekindles the joy of the good old days when one used to sit back and nibble on a ‘potong’ popsicle amidst the incessant chatter and merry talk of folks on a scorching afternoon. Whilst we are all spoilt with the many fanciful desserts today, we still savour and look forward to the simple things in life like a ‘potong’ ice cream.

In its continuous effort to cater to the Asian taste palate, King’s Potong is continuously looking for local favourites that whet the appetite of all Malaysians so that they may enjoy a ‘Potong’ of their favourite flavour. Just as King’s was researching, the coconut – a Malaysian all-time favourite came to mind and that’s how King’s Potong now has the coconut flavour! 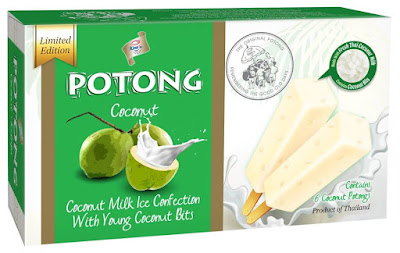 “With the  current heatwave that Malaysians are experiencing, we are confident that the new King’s Potong Coconut will be a hit as it’s refreshing and it quickly cools down the body temperature from the heat,” said Mr Michael Loh, General Manager of F&N Creameries (M) Sdn Bhd.


The King's Potong multipack (6x60ml) retailed at RM 9.30 per pack while the loose sticks (60ml) retail at RM 1.60 per piece (inclusive of GST); and will be made available at all leading hypermarkets and supermarkets starting May 1st 2016.

This means that you actually get rid of fat by consuming Coconut Fat (in addition to coconut milk, coconut cream and coconut oil).

These 3 studies from large medical journals are sure to turn the conventional nutrition world upside down!