According to Cory Price, General Manager of NEUTROGENA® at Johnson & Johnson US, “Nicole embodies the true spirit of the women that we are committed to everyday. Their passion, strength and focus are what makes NEUTROGENA® women so special. Nicole will help us encourage women to embrace their beauty through the lens of skin health and empower women to see what’s possible with NEUTROGENA®”. 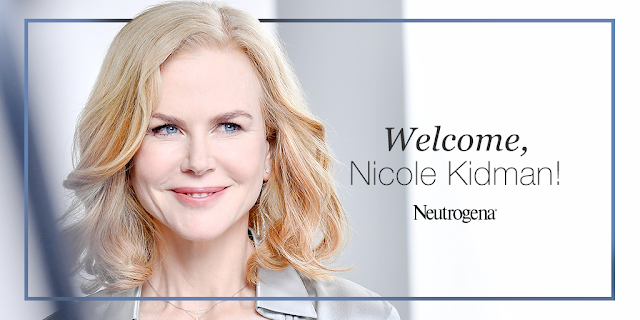 In Malaysia, NEUTROGENA® is known for its wide array of skin health-focused products starting from cleansers, hydration serum and masks to sun protection lotions.

“We are pleased that a Hollywood big name like Nicole Kidman has become our global brand ambassador. Besides keeping the NEUTROGENA® brand top of mind when it comes to beauty, Nicole will serve as an aspiration for our local consumers who appreciate healthy and beautiful skin,” said Raghu Krishnan, Country Director, Consumer, Johnson & Johnson Malaysia.

Nicole Kidman, Australian actress and NEUTROGENA® Ambassador, comments: “The world works in mysterious ways! As you probably know, I grew up in Australia where sun protection is everything – from the time I was a little girl, my mum taught me to protect my skin from the sun. So looking after the health of my skin is something I’ve grown up understanding. But as times passes, I’ve realised that, sun protection has become just part of the story…I’ve learned that your skin needs a lot of attention and support, just like the rest of your body in order to keep it its healthiest.”

“So when I had the opportunity to partner with NEUTROGENA®, a brand that has skin health at the core of who they are, it was like the stars were aligning for me.”

“Right now I can honestly say I am loving life more than ever, so my overall health, including the health of my skin is a top priority. Look, the reality is, we all know choosing the right anti-ageing product is trial and error, hit or miss, some things work and some don’t. But at this point in my life I am looking for something that simply works, that’s why I am really excited to join this passionate and dedicated team. I am also extremely proud to be joining a strong and inspiring group of NEUTROGENA® women who are already a part of the family.”

In January of 2006, Kidman was named, and continues to serve, as Goodwill Ambassador of UN Women, the United Nations Development Fund for Women, whose goals are to foster women’s empowerment and gender equality, to raise awareness of the infringement on women’s human rights around the world and to end violence against women.

She is also an activist in supporting research of women’s cancer. Along with her husband, Keith Urban, she helped raise nearly half a million dollars for the Women’s Cancer Program, a world-renowned centre for research into the causes, treatment, prevention, and eventual cure of women’s cancer.

Presently, Kidman can be seen on the big screen in The Weinstein Company’s Lion for which she has received Critics’ Choice, Golden Globe, SAG Awards and Academy Award nominations. She will next be seen in the upcoming films How to Talk to Girls at Parties and The Beguiled and The Killing of a Sacred Deer.  On the small screen, Kidman returns to television this month in the limited series Big Little Lies for HBO as well as the second season of Top of The Lake (SundanceTV/BBC Two).

NEUTROGENA® believes that beauty begins with healthy skin so kick-start your healthy beauty journey with them and discover the range of cleansers, moisturizers, skin care and sun care products at www.facebook.com/myneutrogena.

Yeah! I admire Nicole a lot! Bravo that she is the new ambassador for Neutrogena :) cheers, SiennyLovesDrawing

I have tried using neutrogena before and really liked their products.

I'm big fans of her, such a beautiful and talented actress :)

Nicole Kidman, love her so much.
Never try Neutrogena before.
Will try it once I finish my skincare products :)

So Neutrogena is one of the beauty secrets of Nicole.. Hhmmm time to visit the beauty store for neutrogena haul!