It was a crowded day at 1 Utama last Friday, 14th October 2016 as Mamonde’s brand ambassador and popular Korean actress, Park Shin Hye arrived in Malaysia to officially launch Mamonde Flower Day. Mamonde Flower Day is celebrated to inspire us to show love and appreciation to those we love and admire with the gift of a flower. It is also a day dedicated to admiring the beauty around us, be it the beauty of people or the beauty of Mother Nature. 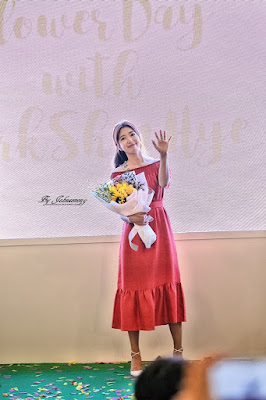 Arriving in Malaysia for the first time, Park Shin Hye greeted fans and exchanged flowers with Mamonde’s management staff as a gesture of appreciation and love for welcoming her to the launch of Mamonde Flower Day. 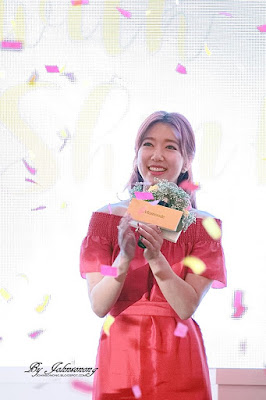 Themed around Mamonde’s flower of the month – the Hibiscus, the LG, Oval Concourse of 1 Utama Shopping Centre is transformed into a flower garden with Hibiscus as the main highlight amidst Mamonde’s other four key flowers i.e the Honeysuckle, Narcissus, Lotus and Camellia. The event was a fun-filled affair featuring a myriad of activities and flower attractions. Participants at the event were treated to game stations such as the Flower Dice and Cotton Candy, photobooth, 5 Key Flowers activity booths and a contest with a chance to win prizes. At the Mamonde Flower Garden, the public was given an opportunity to experience of Mamonde’s Five Key Flowers while enjoying special sets and gifts with purchase. 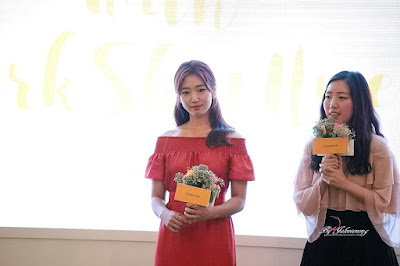 “The Mamonde Flower Day is a significant event for the brand as we wish to instil among Malaysians an appreciation for flowers as a symbol of love and gratitude towards nature and mankind. We are truly honored to have Park Shin Hye grace our event as she personifies the true beauty of a flower and what Mamonde stands for,” said Celine Diong, Brand General Manager of Mamonde Malaysia. 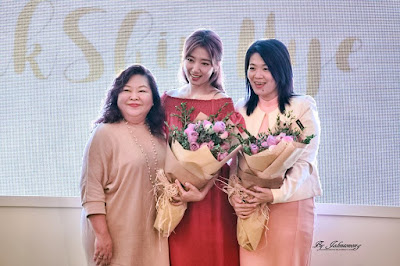 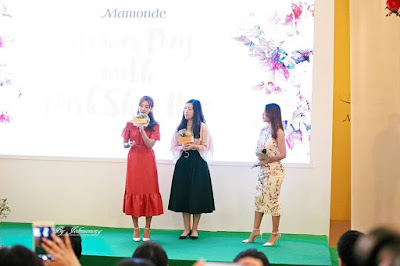 Since its launch, Mamonde has transformed women through the amazing benefits and energy of flowers. Years of research by Mamonde have revealed the moisturizing and skinnourishing ingredients of flowers which have helped women radiate with blossoming beauty. Mamonde Flower Day will be a yearly celebration of love and appreciation by Mamonde in the month of October, which coincides with Mamonde’s introduction in Korea in October 1991. 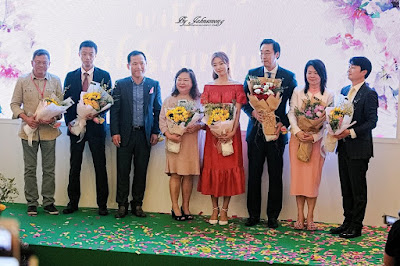 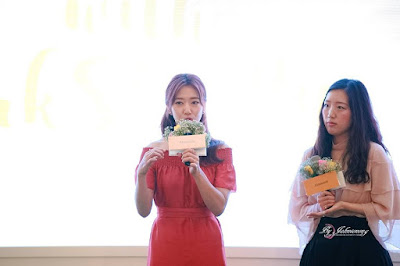 The MAMONDE Moisture Ceramide Range contains the natural moisturizing agent found in Hibiscus and ceramide that are similar to skin components which keeps the skin feeling well moisturized and healthy.

The range contains the following benefits:

· Exclusively Developed Hibiscus Ceramide Plus which contains essential ingredients to strengthen cellular walls
· Similar to the skin’s structure, it has a binding effect which adheres and absorbs upon contact with the skin
· Fortifies the skin’s moisturizing walls to regenerate the skin daily
· Exfoliates dead skin cells and maintains a smooth texture to give the skin a glossy finish, making it easy to blend makeup
· Naturally derived and safe ingredients to offer long-lasting comfort and moisturizing effects to the skin

A skin softener that delivers moisture to the skin and softens dead skin cells to help the skin better absorb other skincare products. It is a highly moisturizing toner which is creamier than other toners in the market. How to apply Every morning and night, take 0.5ml of the formula (size of a ginkgo nut) and gently tap it on your face to achieve full absorption.

An emulsion that leaves the skin feeling refreshed by delivering abundant moisture deep into the skin without any sticky feeling. It is quickly absorbed without leaving a sticky feeling to keep the skin. How to apply

1. Every morning and night after applying skin softener, take a small amount (2 or 3 pumps) and lightly tap it on your face for full absorption.
2. Wrap your face with your hands gently to make the skin well-moisturized.

Park Shin Hye just looks for fabulous... wish I could be half as pretty as her... and wish I could meet all her leading men... hahahaha

Just found out that price range is quite reasonable too.
Good info there Rane

she is so pretty and she actually glows! why u bojio

great information you have there. awesome write up

She is so pretty, also one of my fav Korean artists, love her :)

Can I just say what a relief to find someone who actually knows what they’re talking about on the internet? You definitely know how to bring an issue to light and make it important. More people need to read this and understand this side of the story. I can’t believe you’re not more popular because you definitely have the gift.
ssf2online.info