A Day With Nature & Tapirs by Watsons Malaysia

As a Malaysian, we all know our Tapir from the school. This nocturnal hoofed mammal with a stout body, sturdy limbs, and a short flexible proboscis, is native to the forests of tropical America and Malaysia. However, not many of us have been up close with Tapir before because they are endangered species nowadays. 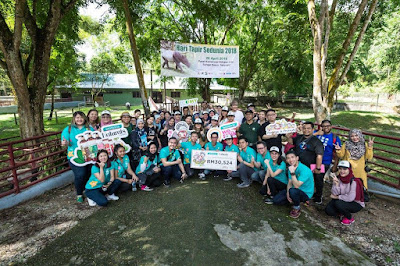 Thanks to Watsons Malaysia, we got to visit our cute Tapir days before. In-conjunction with the “World Tapir Day” that is held 27 April each year; NATURALS by Watsons, a brand under Watsons, has raised over RM30,524 through a nationwide campaign in-collaboration with Pocotee & Friends and the Ecotourism and Conservation Society Malaysia (ECOMY) in year 2018. 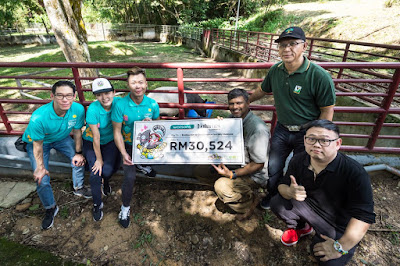 The “World Tapir Day” aim to raise awareness of the endangered Malayan Tapir that inhabit Malaysian Peninsula, Myanmar and Thailand, and the island of Sumatra. Resonating to the brand name “Naturals”, the “We Hug Tapir” campaign is the second consecutive effort by Watsons, Pocotee & Friends and the Ecotourism and Conservation Society Malaysia (ECOMY). The campaign aimed to showcase the Malayan Tapir as the primary focus to educate the public, more so the next generation, on the importance of conserving Malaysia’s heritage, the forest and wildlife and understanding that conserving the environment is key to our well-being. 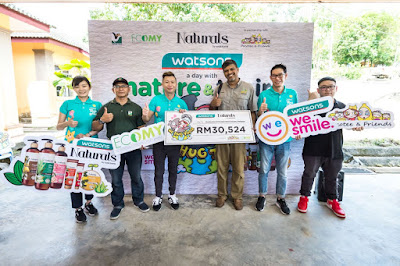 The donation was presented to the association at “A Day with Nature and Tapirs” held at the River Dusun Wildlife Reserve in Selangor. Monies raised was derived from products sold under the Naturals by Watsons line which is nature-inspired. Watsons contributed RM1 to the campaign (held between 27 March to 23 April) for every item sold under the brand, both online and at physical stores. Funds from this campaign will be channelled towards a specially designed environmental education programme for school children located around the Taman Negara National Park, home of the Malayan Tapir. This programme aims to educate children on this gentle creature as well as to raise young environmental stewards who will continue to champion and spread the message of conservation and wildlife protection. 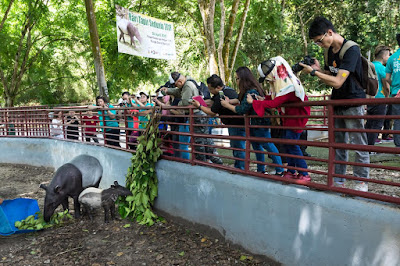 “At Watsons, we believe in playing a key role in making a positive impact on the conservation of the wildlife and environment. In our second consecutive year, we are privileged to partner with the Ecotourism and Conservation Society Malaysia (ECOMY), to channel our contributions towards the “We Hug Tapir” campaign. We took this opportunity to educate our shoppers in creating the awareness of the Malayan Tapir, a species that is facing endangerment due to its habitat threatened by human commercial activities. It is important to know that the Tapir forms an important part of the ecosystem as seed dispersers and it is one of the oldest surviving wildlife in the animal kingdom. Hence, we chose the Naturals by Watsons range of products, as it resonated with the advocacy of using natural and organic ingredients, promoting environmental consciousness. Special thanks goes out to all our Watsons shoppers who had purchased the Naturals by Watsons products range during the campaign and helped raise the funds representing a collective effort in saving the tapirs,” said Caryn Loh 罗宝霞, General Manager and Country Head of Watsons Malaysia. 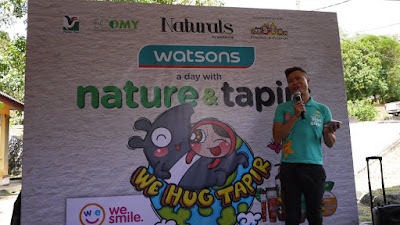 According to Andrew Sebastian, Co-founder/Chief Executive Officer of The Ecotourism and Conservation Society Malaysia (ECOMY) funds from this campaign will be channelled towards a specially designed environmental education programme for school children located around our National Park – Taman Negara – home of the Malayan Tapir. This programme aims to educate children on this gentle creature as well as to raise young environmental stewards who will continue to champion and spread the message of conservation and wildlife protection. 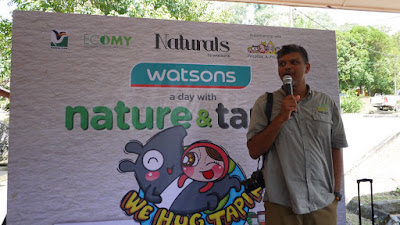 During the “A Day with Nature and Tapirs” event organized for members of the media witnessed a cheque presentation ceremony from the proceeds of the sales from the campaign. Members of the media were also taken on a Tapir garden tour at the River Dusun Wildlife Reserve, where the media were treated to an up-close and personal encounter with the Tapirs to understand more about the species. After that, the media also witnessed a jackfruit tree planting in the habitat area of the Tapirs, as the jackfruit is one of the source of food for the species. 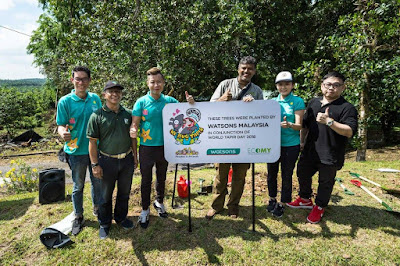 Naturals by Watsons believes that nature has everything you need to look youthful and more beautiful every day. Naturals by Watsons search the world to discover nature’s secret ingredients to help you grow more beautiful. Each range distils the essence of where beauty meets nature, with flowers, fruits, minerals and plants that rejuvenate and regenerate in a simple yet effective way. The result is a range of hair and body care products that contain certified organic ingredients from high quality sources around the world. With their crueltyfree formulas have been dermatologically tested to guarantee maximum effectiveness and complete peace of mind. Our favourite range from Naturals by Watsons would be the Prestige Rose range for extra softening skin. Not only they smell good and they works, they are really affordable too! 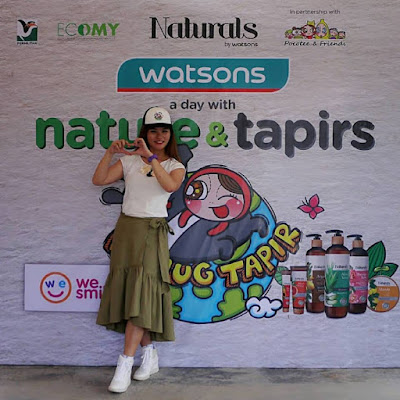 That's a good CSR project and I hope that they will continue year after year.

What a meaningful event. It was great to organise an event like this