Hisyam Samsudin & Jihin Radzuan @ Media Open Workout Ahead of ONE: VISIONS OF VICTORY

The largest global sports media property in Asian history, ONE Championship™ (ONE), recently held an open workout featuring bantamweight contender Hisyam “Zephyrus” Samsudin and 19-year-old “Shadow Cat” Jihin Radzuan in Kuala Lumpur, Malaysia. In conjunction with SheFights.my, the two Malaysian ONE Championship athletes also showcased their talent and skills in a workshop entitled “She Fights -- A Self-Defense Education for Women Workshop 2018”. Both Samsudin and Radzuan have scheduled bouts at ONE: VISIONS OF VICTORY, which is set for Friday, 9 March at the new Axiata Arena Stadium. 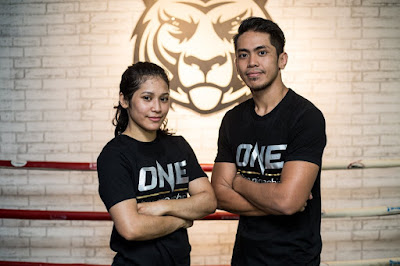 Ticket information for ONE: VISIONS OF VICTORY is available at www.onefc.com.

Hisyam Samsudin, ONE Championship athlete, stated: “It is an honor to be a part of such an important event. SheFights is doing incredible work raising awareness for crimes against women. I am happy to help lend my talents in this great cause. Women all over the world, especially here in Malaysia, should have access to the knowledge of self-defense and everyone should be able to protect themselves and their loved ones. Thank you to ONE Championship and to SheFights for this great privilege.”

Jihin Radzuan, ONE Championship athlete, stated: “As a woman in society, it is important to stress the need for the knowledge of self-defense. I believe that all women should possess this knowledge to give us strength and the wisdom to do the right thing in situations that come about. This is extremely important to me and I am very proud to lend my skills for this cause. In my opinion, SheFights is doing an incredible job and I am happy for all women who we will be able to help.”

19-year-old “Shadow Cat” Jihin Radzuan of Johor Bahru, Malaysia is a highly-touted young martial arts prospect and former FIOGA Wushu World Champion making her ONE Championship debut. A well-rounded competitor, Radzuan is a Muay Thai and wushu practitioner with a blue belt in Brazilian jiu-jitsu. A former Southeast Asian Open Gold and Silver Medalist in Muay Thai, Radzuan is known for her varied striking skills and terrific knockout power. Radzuan will take her first step inside the ONE Championship cage in Kuala Lumpur to face Puja Tomar. 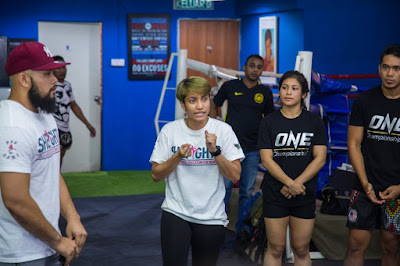 SheFights is supported by The Chairlady of The Woman’s Youth of United Malays National Organisation (Puteri Umno). The open workout demonstrated a self-defense system created for ladies dubbed the “She Fights Technique”, teaching women on how best to respond to harassment whether it is sexual in nature or domestic violence and other types of violence. SheFights also included education about laws on self-defense in Malaysia, empowering women with knowledge on post-harassment measures for victims including how to locate counselling and shelter for abused women. The main objective was to provide education and awareness on crime against women and teach them how to avoid crime with the right knowledge and attitude. 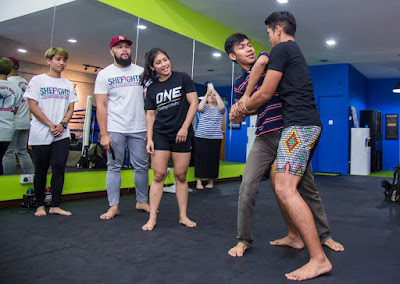