The 2018 Mister World Prestige International Grand Finals was officially held in Pullman Hotel, Putrajaya on the lovely evening of 25 January 2018. The commonly expected "International Honorary Master of The World in 2018" will live up to people’s expectation and take the hot top ten candidates of “Man” together into the river of fantasy with you. This time, the candidates election for the “Man” are no less than the ordinary beauty campaign, on the contrary, exploring the world's great potential of stylish men from the world's international reputation campaign. Let’s witness the success of Mr. Victory to be listed in management talent of World Prestige International reputation as one of the artists.

The general assembly expressed gratitude for the sponsorship as honorary sponsor of Vintage Collection International, which made the 2018 Mister World Prestige International Grand finals successfully completed. They are the main sponsor of the event for Mister World Prestige International. Vintage collection was founded in 1996, and it is mainly tailored for evening wearing and senior executives. Its unique evening dress collection creates a timeless style of evening wearing, which has created the fashion trend of the never-out-of-date evening dress. At present, the Collection has three experienced high fashion designers from all over the world to tailored in person, designed and make for the current female fashion departments. With the day after day, year after year, the orders are increasing daily. It also laid a solid foundation for the fashion team behind its silent cultivation and consolidates the brand support for the fashion art. Daniel fenadon, chief designer, said: "entering its 11th anniversary this year, the show has expanded from personal design and limited edition customization to a large number of evening retail stores with years of experience and tries to diversify. Let more women wear Vintage collection in honor to attend all kinds of large and small dinner, prom and red carpet, dressing well to show the inviters their attentions on the banquet.”

The charismatic candidate uses this lofty stage to show off the world's Top Ten International Reputations and to continue to train and strengthen their physique to become the next best champion, to be invincible and enjoy the constant victory with their opponents. Each bright light, shining like the sun, one by one alternately show the broad and charming shoulder muscles, also appear to be light pace in the steps. The riders in armor gradually radiate interesting and humorous talents at the end of the spectrum. The audience saw and clapped their hands to give strength, and the force was not inferior to the semi-final jury's vision of looking for a high standard of fierce general. 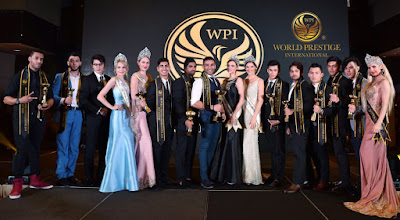 The behind-the-scenes staff of the World Prestige International organizers has been working hard to quickly launch the campaign recruitment in a short period of over two months to find the right sponsor side by side to successfully open today's press conference and select the strongest and most outstanding 10 candidates. The Congress takes this opportunity to thank all the sponsors who assisted the World Prestige International and the contestants who participated in the Mister World Prestige International 2018 .The usual co-sponsor of the shooting venue includes Pullman Lakeside Hotel, who providing the venue for the solo album shoot of this year's contestants. There is also major clothing sponsorship: Vintage Collection. Followed is Bag & Shoes sponsorship: Fion Poon Exclusive. And other Silver sponsor are : Hairstyle team:Peek-A-Boo Hair Profesional ; Makeup team:Gelly Wee Makeup, model trainer: Character International Modeling Academy & Agency, shooting team : VOUGE Production. 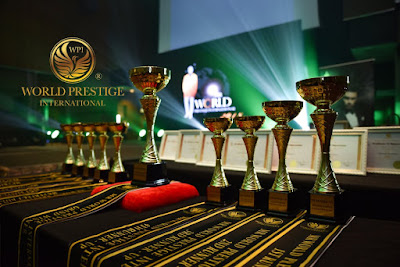 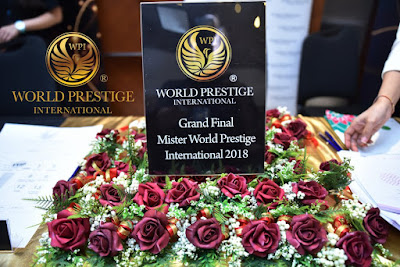