What do you do when flying on board? I personally love to read magazines because I enjoy reading. AirAsia’s award-winning inflight magazine, travel 3Sixty° has launched a brand new look for its October issue in conjunction with its tenth year anniversary celebration last Friday. The revamped magazine which boasts a new logo, layout, content, and overall branding, was launched by Datuk Kamarudin Meranun; Executive Chairman of AirAsia Berhad, Group CEO of AirAsia X and publisher of the magazine at Fahrenheit 88, Bukit Bintang. 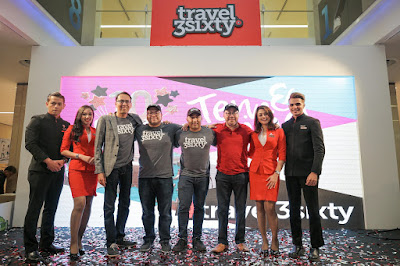 Introduced in August 2007 to bring the latest in destinations, arts and culture, heritage and adventure, travel 3Sixty° now seeks to ignite wanderlust amongst the readers and inspire them to plan their dream holiday. The magazine also introduced several new sections such as The Hype, Travel Planner, Aperture and The Client’s List. Furthermore, in tandem with AirAsia’s green initiative, the magazine has also changed its paper to a lightweight matte paper that reduces weight by 20 percent, which enables better fuel consumption that will translate to better savings for AirAsia guests. 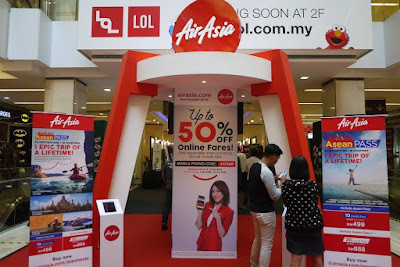 Furthermore, to complement the magazine’s sleek new look and as part of AirAsia’s continuous effort towards becoming a digital airline, the magazine unveiled a brand new travel3Sixty.com, which now incorporates a transactional feature and mobile-first-approach to further improve user’s experience, especially on-the-go users. In addition, the website allows guests to learn about new destinations faster and easier as articles, activities and deals are now destination specific so guests can access relevant information about their destination and purchase exciting activities on the go seamlessly. 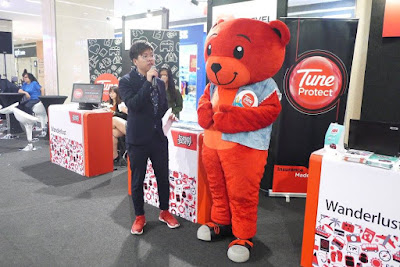 Datuk Kamarudin Meranun; Executive Chairman of AirAsia Berhad, Group CEO of AirAsia X and publisher of the magazine said, “The new look and feel makes the magazine more contemporary and sleek, following the latest trends and directions in the publishing industry. Apart from refreshing the presentation style to our readers, it positions itself as a constantly evolving magazine that finds ways to satisfy the wanderlust in our readers. In addition, we also want to show our supporters and advertisers that the magazine is constantly looking at reinventing itself as a publication where quality is reflected in content and style - which will elevate the standing of the publication in the public eye.”


“In addition, as we move towards becoming a digital airline, we believe the time is right to bring even greater functionality and accessibility to travel3sixty.com, which will be the home for all our travel-related content, including trip planner. Asia Pacific boasts some of the highest mobile penetration rates in the world, and we believe these new transactional features and the ability to securely book activities online anywhere is integral to our guest experience,” he added.