Preschoolers will set off on thrilling adventures in a kingdom far away where there lives a… Princess Knight! Nickelodeon’s brand-new animated preschool series, Nella the Princess Knight, follows Nella, an unconventional 8-year-old who possesses the royal qualities of a princess, like compassion and grace, while also embodying the courage and determination of a brave knight. Whenever a problem arises, Nella embarks on daring quests to save her kingdom through her unique ability to transform from a princess into Nella the Princess Knight. Nella the Princess Knight (40 half-hour episodes) features a social-emotional curriculum promoting self-confidence, inclusiveness and compassion for others. The series will premiere on the Nickelodeon channel on Monday, 29 May at 10am (MY), 9am (WIB) and 11.30am (PH); and on the Nick Jr. channel on Monday, 26 June at 9am (MY/WIB/PH). 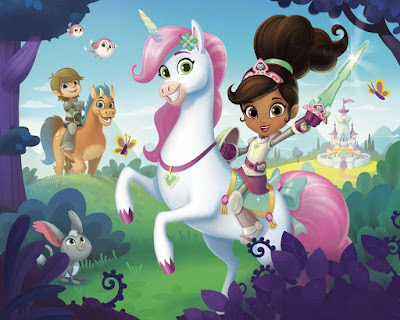 Viewers can start visiting Nella the Princess Knight page on nickjr.tv to learn more about the show and its characters, and get a first look at the series. 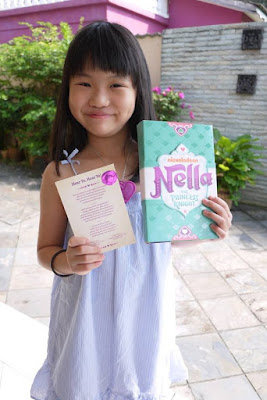 Nella is a confident princess who likes dancing at extravagant balls just as much as she likes meeting fire-breathing dragons. She transcends traditional roles and expectations through her ability to change into Nella the Princess Knight, protecting her kingdom with the help of her friends: Trinket, Nella’s glamorous unicorn and best friend; Sir Garrett, a loyal and adventurous knight; and Clod, Garrett’s trusty steed.
In the series premiere, “Sir Clod/Up All Knight,” Clod loses his invitation to the Royal Cafe Breakfast Buffet and must find it by lunchtime or everyone misses out. Under Nella’s leadership, they brave Gotcha Falls, dodge through a field of poppleberries and traverse the bubbly Sudsycano in order to find it. Also in the episode, a luminous phoenix shines brightly across the kingdom causing Blaine and the rest of Castlehaven to lose sleep. After the phoenix is locked up in the knight brigade tower, Nella must use her knightly skills to free the bird and convince everyone to come together as a group to solve their problem. 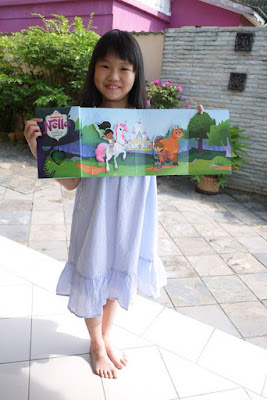 Robert Vargas (head writer, Zack and Quack) serves as an executive producer on Nella the Princess Knight and the series is created by Christine Ricci (curriculum advisor, Blaze and the Monster Machines, Dora the Explorer). It is the newest show to join Nick’s top-ranked preschool roster, airing alongside hit series like PAW Patrol, Blaze and the Monster Machines and Shimmer and Shine.

Email ThisBlogThis!Share to TwitterShare to FacebookShare to Pinterest
Labels: My princess

Reading your article has made me want to catch the show as well. No kid but then I am a big kid myself!!

Aww, i have to say that mei mei looks so happy! Im sure she loves Nella a lot :)

I love to watch cartoons too. Hehe...will let my kids watch this.