The right connections might get you places, but its perseverance that gets a thriving new business off the ground. Acknowledging the difficulties that budding entrepreneurs go through, MALAYSIA SME™ decided to take a light-hearted approach by announcing a 13-episode million dollar production SME Sitcom entitled Small Mission Enterprise (S.M.E). The first episode will be aired on NTV 7 on October 4 2012 and subsequently be aired every Thursday at 9pm. 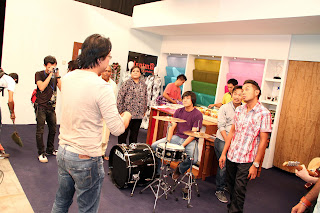 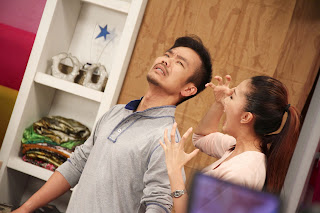 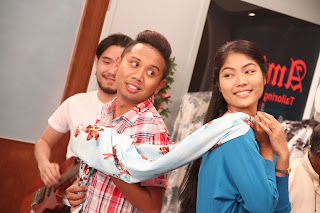 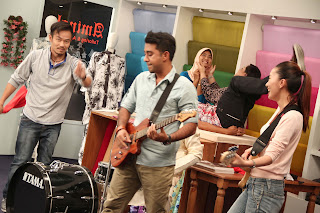 A tongue-in-cheek take on Small Medium Enterprises, the sitcom will be MALAYSIA SME™’s first foray into television with a stellar comedic cast headlined by Baki Zainal, Ash Nair, Alvin Wong, Ruzana Ibrahim, Adibah Noor, Indi Nadarajah and the delectable Chelsia Ng. Directed by comedian Douglas Lim, it has the makings of a rib-tickling affair even as it looks to create awareness of the various stumbling-blocks encountered by entrepreneurs from all walks of life – whether it be a family stationary business, a tailoring shop or a pastry café. The quirky premise pays tribute to the gung-ho spirit and determination of those who decide to strike out on their own accord.

“This will be the first time that we’re producing a sitcom with a business angle,” jokes Douglas. “I’m very glad to be part of this project. The challenge is definitely weaving the educational aspects without boring the audience to death – it still has to be funny yet intellectually relevant.” The well-known comedian will definitely strike a cord

MALAYSIA SME™ also organised a dinner soiree at the Petaling Jaya Hilton, attended by a select group of guests and members of the media who were treated to a first-hand preview of “Small Mission Enterprise” (S.M.E) – that sees snippets of show played to rib-tickling effect. And as the trials and tribulations of each character experiences mould their outlook on the ins-and-outs of funding, running and ultimately growing a business, viewers will be treated to insights into the ultimate triumph of the entrepreneurial spirit in highly relevant local scenarios.

The event was graced by John William Xavier, chief executive officer of The Big Rajah Food Caterers and Y. Bhg. Dato Nelson Kwok, founder of Nelson’s Franchise (M) Sdn Bhd who each gave their own inspiring account on the challenges they had gone through as entrepreneurs thus creating a strong connection to the objective of “Small Mission Enterprise” (S.M.E).

The occasion also saw Wayne Lim, CEO of MALAYSIA SME™ inviting representatives from DHL Express (Malaysia) Sdn Bhd, Canon Marketing Malaysia Sdn Bhd, AXA Affin General Insurance Berhad to give their insights and blessings towards the collaboration. To enliven the proceedings, a teaser behind-the-scenes feature was also premiered to the delight of those in attendance before giving way to a photo session with the cast and crew as well as main sponsors.

“We are glad to be able to bring the awareness of SMEs to this magnitude and confident that more Malaysians will have a better understanding of SMEs which form the backbone of the economy,” states Wayne. “Small Mission Enterprise” (S.M.E) surmises the principals and technicalities involved in starting a business and injects some humour in the mix with hopes of providing a platform to encourage others to follow suit in realising their dreams. It's family entertainment that the whole family can enjoy and learn from.”

Guests and members of the media indulged with a scrumptious Buka Puasa spread following doa selamat that capped off a perfect evening that soon be followed by an official media premiere on 12th September 2012.