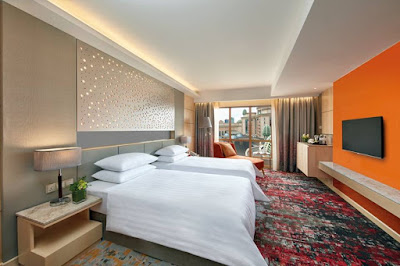 We were honored to be one of the first few to be invited by the Sunway Hotels & Resorts,  the hospitality division of property-construction conglomerate Sunway Group, on the unveils of the new Sunway Pyramid Hotel at a special media preview event themed “Waking Up To A Brand New Stay”, prior to opening its doors to guests on 3 November 2016. 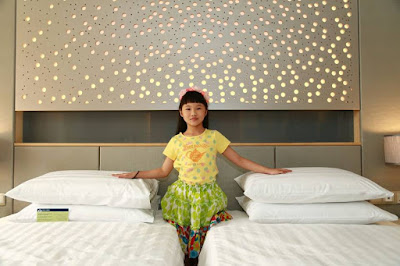 The Hotel will progressively open its guestrooms and suites after Albert Cheong, CEO and Group General Manager of Sunway Hotels & Resorts said, “The re-opening of Sunway Pyramid Hotel brings a new level of energy and excitement; adding to the spectacular facilities in Sunway City Kuala Lumpur. With the full room inventory available by end of January 2017, the cluster of three (3) hotels in Sunway City including the new Sunway Pyramid Hotel, will offer guests a choice of 1,433 guestrooms, suites and villas within a single integrated destination; thereby affording guests with every conceivable choice and budget”. 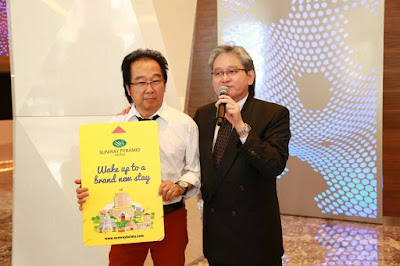 Albert also added “First opened in July 2004 as Pyramid Tower Hotel, the 10-storey Sunway Pyramid Hotel’s major renovation aligns to Sunway’s market strategy in meeting the increasing demand for higher quality accommodations as business and leisure travel to the 800-acre integrated destination of Sunway City continues to grow and attract guests from Malaysia, near-home markets like Singapore, Indonesia, Thailand and from around the region, like the Middle East, China and India”. 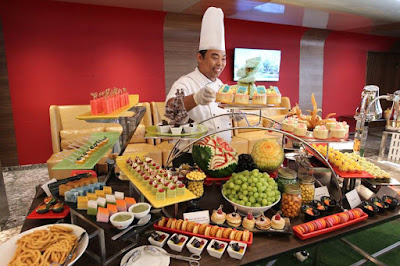 The preview event saw members of the media and invited guests experiencing Sunway’s “urban picnic” breakfast pop-up, a multi-sensory breakfast voyage that replicates the upcoming offerings available at Kaffeinate, the Hotel’s food and beverage kiosk, located at the main lobby, that will serve freshly brewed gourmet coffees, specialty teas, cold-pressed juices and a range of light snacks and refreshments prepared by the hotel’s team of chefs daily. Kaffeinate is scheduled to open in December 2016. The preview event’s breakfast pop-up session featured a demonstration by Coffex Coffee Roasters (M) on the latest in coffee art and brewing techniques, new recipes for cold pressed juices by Kuvings (M) and a wide spread of local and continental breakfast specialties by the Hotel’s chefs. 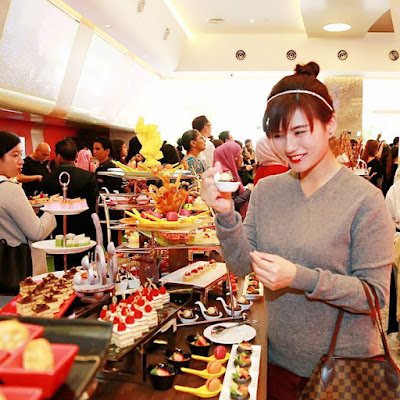 Located in Sunway City Kuala Lumpur, adjacent to the 5-star flagship Sunway Resort Hotel & Spa, the newly renovated Sunway Pyramid Hotel integrates the brand’s latest design elements, reflecting the richness of refreshing colours with contemporary interiors and stylish ergonomic furnishings catering to the needs of a new generation of travellers. Guests will experience an upgraded stay in the hotel’s latest deluxe rooms which include the new purpose-built family rooms and suites.


The renovation increased the Sunway Pyramid Hotel’s room inventory to 564 deluxe rooms and suites from the previous 549, featuring five (5) categories of guestrooms and suites. 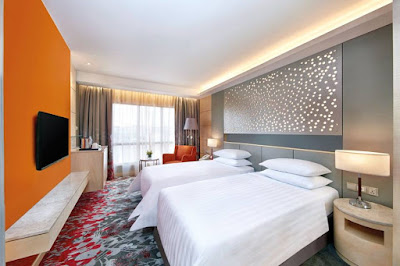 The Deluxe Room is the Hotel’s lead-in room category; each room is fully equipped with the essential conveniences for an effortless stay. The Deluxe Park View Room offers spectacular views of Sunway Lagoon theme park while the Deluxe Executive Room, ranging in size between 30 to 32 square-metres, is designed for guests who are seeking additional space. There are 21 purpose-built family rooms and suites, designed to accommodate an increase in family and leisure travelers to Sunway City. The Family Room is suitable for those travelling with young children for its vibrant interiors and a bunk bed. Whereas the new Family Suite, measuring between 53 square-metres to 60 square-metres, will be amongst the Hotel’s largest rooms offering comfortable spaces, added extras like two (2) bathrooms, a mini refrigerator, a microwave and bedding options for up to six (6) persons. 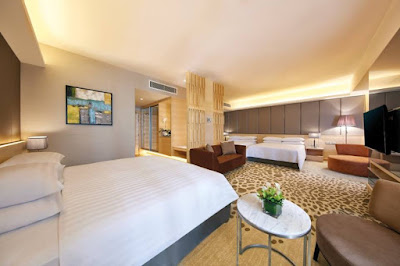 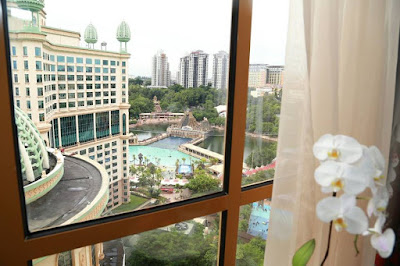 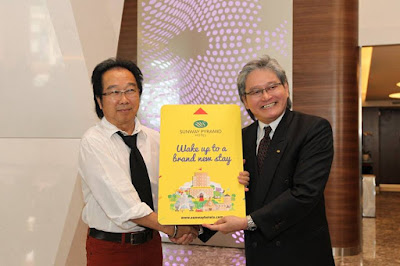 L: General Manager of Sunway Design Sdn. Bhd., Mr. Nelson Yong
R: Albert Cheong, CEO and Group General Manager of Sunway Hotels & Resorts
BOOK DIRECT & SAVE: Sunway Pyramid Hotel is now available for immediate bookings at www.sunwayhotels.com, via telephone at +60 3 7492 8000 or by email to srhs.reservations@sunwayhotels.com for stays from 3 November 2016 onwards.
Sunway Pyramid Hotel’s introductory rates start from RM380.00++ per room per night, inclusive of breakfast for two (2) adults, complimentary Wi-Fi and are valid for stays from 3 to 30 November 2016. Room rates are quoted in Ringgit Malaysia (RM) and are subjected to 10% Service Charge and prevailing Goods & Services Tax (GST).

Haven't been to Sunway Pyramid Hotel yet, I heard it is a very nice hotel to stay :)

I am looking forward to for the hotel stay.

should i book a room for myself next year just to chill? hehehhe my own space...does their toilet have the tub?

havent got a chance to stay in sunway hotel. gotta try it one day