WARNING! Alert! Do not read this post if you are a chicken guy! 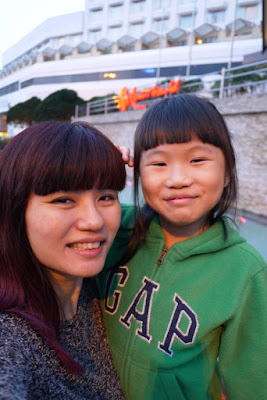 So 2 weekends ago my girl and I headed to Resorts World Genting to watch the most extraordinary and creepiest magic show.  Among the must-see shows at Resorts World Genting this year is “Fearless! Cheating Death Nightly” that features “mystician” Aaron Crow whose one-of-a-kind performance never fails to wow his audience. 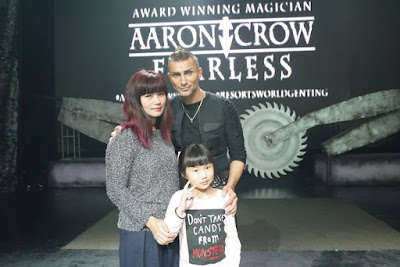 With his fusion of magic, suspense, risky stunts and mystery, Aaron had captured the attention of a crowd without uttering a single word. His unmatched power and eloquent silence has long since become his onstage trademark, always leaving his audience at the edge of their seats and longing for more. 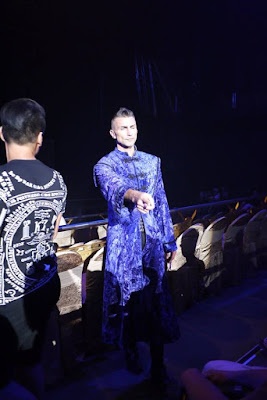 Often described as mental artiste extraordinaire or silent mentalist, the Belgian has impressed even the likes of Simon Cowell, and is well-decorated—he was ranked first at the World Championships of Magic, the largest competition of its kind that is held every three years. There, he battled against 150 other world renowned acts in front of a crowd of 2,500 people. 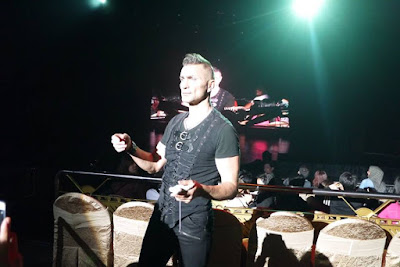 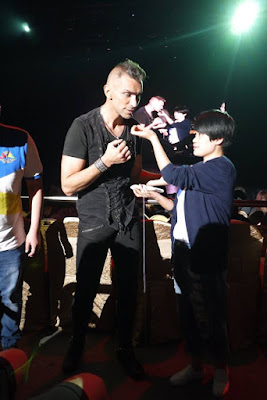 Dubbed Belgium's foremost international television sensation, Aaron has also appeared in numerous TV and gala shows including the popular “Le Plus Grand Cabaret Du Monde” that featured his Candle and Sword act a whopping three times. Aaron has also appeared in the biggest TV shows in the world and was recently featured in Broadway New York, London West End and the iconic Sydney Opera House. He also enjoyed millions of hits on Youtube. 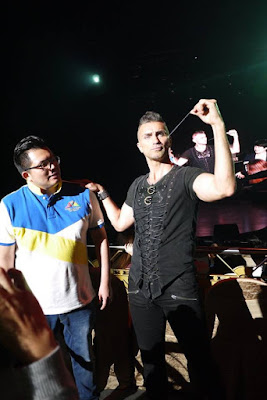 At Resorts World Genting, Aaron's “Fearless! Cheating Death Nightly” promises to deliver his unique brand of magic and mystery. The show will be held at the Genting International Showroom daily from 18 March to 15 May 2016, 9pm; with matinee show at 4pm. 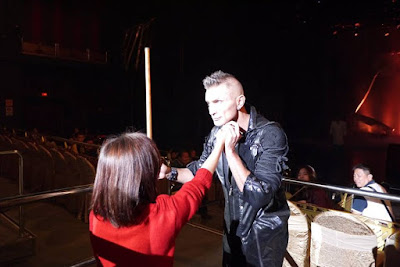 Expect an evening of highly original, heart-stopping, thrilling and truly spectacular acts that will leave them at the edge of their seats throughout. In fact, my girl felt a bit scary at first but we were totally amazed with Aaron's entertaining performance! Thanks for bringing us a World class performance!

Theme of Overcoming Fear
It can be said that Aaron was born to be a magician. At the age of 12, he was presented a book on the iconic Harry Houdini where he found out that one of Houdini’s well-known acts involved swallowing needles. Coincidence or not, Aaron himself had an early encounter with needles—he was rushed to a hospital with a needle stuck in his throat at the age of three. But it was his encounter with a mouse that crawled on his back while he was in bed when he was five that first inspired him—it made him think about fears and how people overcome them. 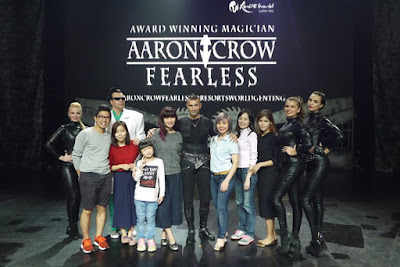 Aaron’s appearance on the smash hit TV show “Britain’s Got Talent” wowed both the audience and judges. Even the infamous and dreaded Simon Cowell commented, “That’s a great act. I love the idea of watching something where there is a possibility that someone could actually die.” And during his live show performance, Aaron even trended worldwide on Twitter. 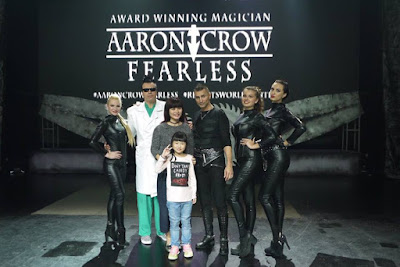 “Fearless! Cheating Death Nightly” features a positive theme—facing and overcoming our fears. Aaron sees himself as a “warrior with a mission.” “We can all overcome our fears, we can all become stronger. The time is now; a new year, a new you, a fearless you,” he says.
His most popular acts are “Supravision,” possibly the most spectacular blindfold act in the world, “Bowman” which is an unseen combination of bravery and love that will touch you, and “The Final Bullet” in which Aaron attempts to catch a signed bullet shot at 300 Bar from a paintball machine gun. Highly original and authentic, his routines are performed in silence with the exception of some spine-tingling eerie music in the background. 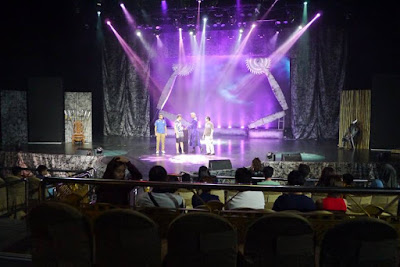 It must be an amusing show to enjoy. Look like you are having so much fun up there.

im sure your girl loves it alot!! :D happy family bonding time there too

Magic show right? I really want to go to the show at first but was not able to go as did not get any permission from my family during me recovery process.. ^^''

Seen Aaron in other website's too... i am not a huge fan f magic tricks heee