Suria KLCC Group Ushers in The Year of The Water Rabbit

The Year of The Water Rabbit is just around the corner. This year, Suria KLCC Mall is outfitted to transport shoppers to the streets of olden China during its Chinese New Year campaign from 2 January to 5 February 2023. 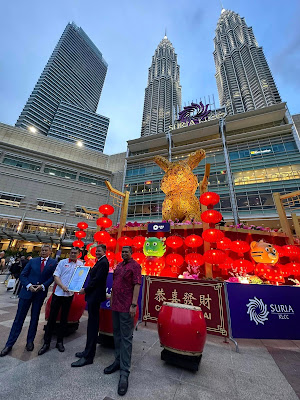 Malaysia’s premier shopping destination will kick-start the Year of the Water Rabbit in a grand way with Malaysia’s Biggest Rabbit Replica Made Of Gold Coins, as certified by the Malaysia Book of Records 2023. This magnificent display can be found at the KLCC Esplanade. 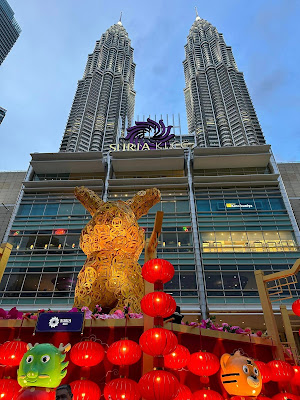 “Suria KLCC celebrates the cultural values and customs that define the Chinese New Year – values such as family togetherness, shared prosperity and tradition. To that end, our team has worked tirelessly to curate an immersive multi-sensory experience that will engage and delight visitors at our mall this festive season. 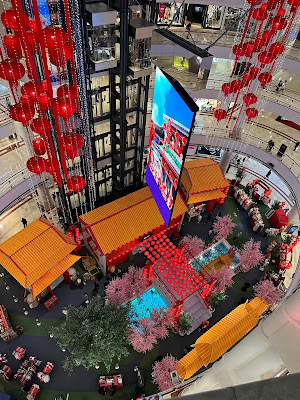 “Honouring a holiday that is steeped in ancestry and heritage, you will see that the Suria KLCC Centre Court has been transformed into an ancient Chinese town, inspired by the magnificent ancient cities and villages of China such as Pingle, Dali and Lijiang,” said Andrew Brien, CEO of Suria KLCC Sdn Bhd. 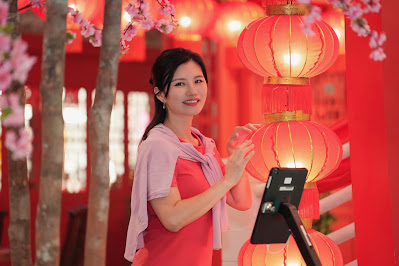 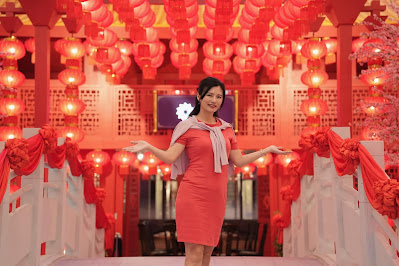 As shoppers prepare to celebrate the Chinese New Year on 22 January, they can find an assortment of offerings in this old town setting as it comes alive with a vibrant bazaar. Shoppers will also find great photo opportunities with traditional Chinese elements such as the rickshaw, while the many red lanterns that line these streets will also set a joyous festive ambience for all. 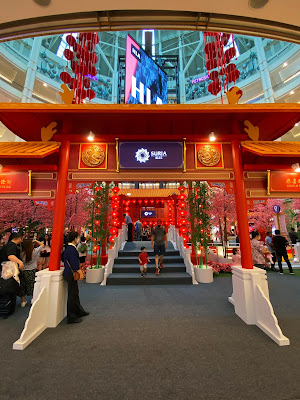 This charming décor extends to Ramlee Mall, so there are plenty of excellent backdrops for photos. A photobooth providing complimentary photo print-outs and e-copies is also available for shoppers to commemorate festive memories with loved ones.

Amid the ancient Chinese town setting, visitors will also discover a Wishing Tree where they can share their hopes and aspirations for the new year. In the spirit of the season, monetary donations made at the Wishing Tree will be pledged in support of Suria KLCC’s partner NGOs, in furthering the Mental Health Awareness agenda. 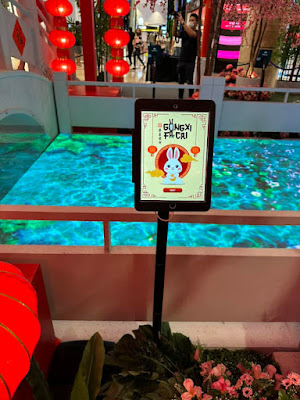 Tradition also gets an update with the sparkling waters of their interactive “river” filled with realistic koi fishes. All their visitors can experience the novelty of flipping virtual coins from the screen of a tablet and into the “river”. 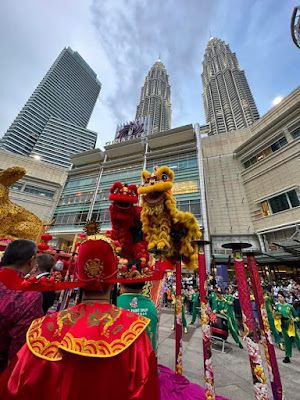 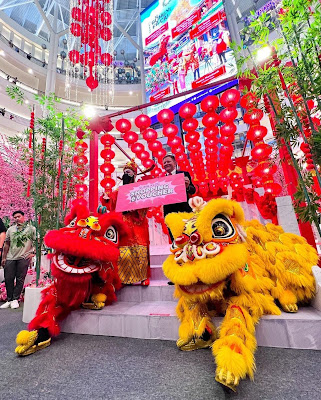 As part of their plan to introduce this e-Voucher and reward festive shoppers, those who spend RM1,500 and above in two receipts at any specialty store between 2 and 20 January will receive RM100 worth of SKLCC e-Vouchers and an exclusive set of Suria KLCC Red Packets.

Additionally, the first 200 shoppers who purchase RM1,000 worth of SKLCC e-Vouchers during this festive campaign will receive an additional RM100 worth of the e-Vouchers.

“As you and your loved ones do your new year shopping at Suria KLCC, I invite you to make the most out of this introductory promotion,” Brien added.

Alamanda Shopping Centre’s Chinese New Year campaign, running from 1 to 24 January, will also see the mall decked in a similar theme of “Old China Town” to evoke a feeling of nostalgia.

Throughout the campaign, shoppers stand to reap amazing shopping rewards. Spend RM600 and above in a maximum of two receipts at any speciality store to receive a RM30 Alamanda shopping voucher.

For those who spend RM1,500 and above in a maximum of two receipts at any specialty store, they receive a RM80 Alamanda shopping voucher. 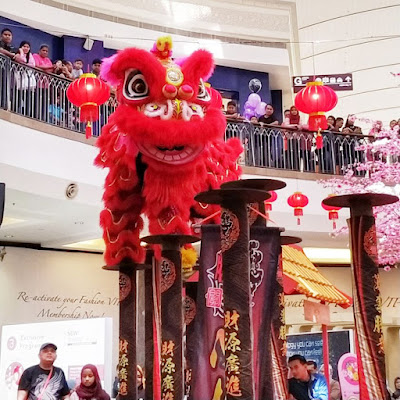 A line-up of performances is set to put shoppers in a celebratory mood. Alamanda Shopping Centre will present a well-loved tradition during Chinese New Year – a highly energetic Acrobatic Lion Dance on stilts. On the first night of Chinese New Year, shoppers can also catch a tantalising Dragon Dance with LED lights.

In another show, shoppers will be duly amazed by the quick “face-changing” feat of a performer dressed in a traditional Chinese opera mask and costume. To add to the festivities, shoppers will also enjoy Chinese cultural dances performed by talented dancers.

Apart from watching the performances, shoppers can join a contest to test their creativity at making a “tanglung” using Chinese New Year red packets. Shoppers who complete their lantern the fastest based on the provided sample will win the contest and the top three winners will be rewarded with RM30 Alamanda shopping vouchers.

Not forgetting children, workshops such as Chinese Shadow Puppetry, Chinese Lantern, Paper Fan art & crafts are organised to entertain VIKIDs. Each VIKids member is eligible to participate in the workshops based on a first-come, first-served basis.

Over at Kemaman’s Mesra Mall, its Centre Court will be decorated to the theme of the “Year of Rabbits”. During its campaign period, running from 2 to 22 January, shoppers who spend RM350 in a maximum of two receipts at any specialty store are entitled to redeem a premium Chinese New Year gift set of four bowls with chopsticks. 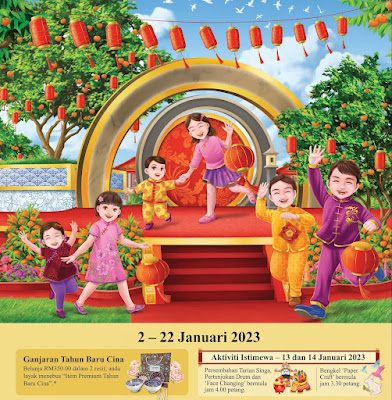 On 21 and 22 January, special Chinese New Year performances are laid out to put everyone in a festive mood. Shoppers can enjoy the auspicious traditional Acrobatic Lion Dance with an upbeat Drum Performance as well as an entertaining Face-Changing show. These shows will be held at the Centre Court.

For more information and the latest updates, visit: