Good news to all esports players out there, Yoodo - Malaysia’s first truly customisable and 100% digital mobile service has made it undeniable that they are the most dominant Telco in esports with a string of exciting esports announcements during an online event on 4 Feb 2021. 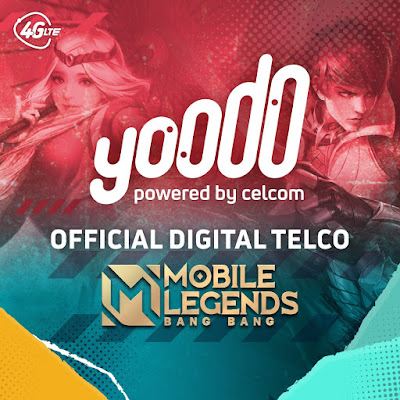 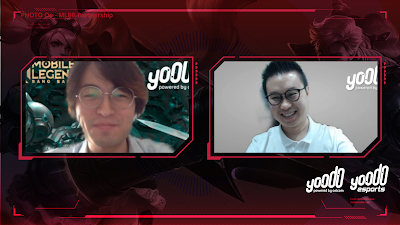 Looking to conquer all of esports, Yoodo also announced partnerships with two new esports teams and announced a roster refresh for popular Player Unknown’s Battlegrounds (PUBG) MOBILE esports team – Yoodo Gank.
“From the very beginning Yoodo has been passionate about esports and today we’ve taken that passion to the next level with these announcements,” said Chow Tuck Mun, Head of Yoodo. “With these new partnerships, an exciting line-up of tournaments and skilful teams unveiled, there is no denying that we are the most dominant and committed Telco when it comes to esports.” 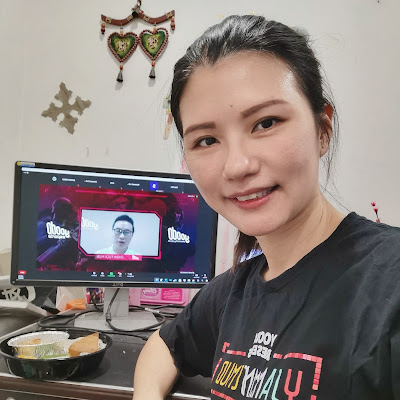 During the event, Yoodo announced an industry shaping partnership with Moonton to bring to life an array of MLBB focused tournaments across the whole of 2021. This epic team up will begin with the upcoming MLBB Pro League (MPL) Season 7, which for the very first time will feature a dedicated league for Malaysia. 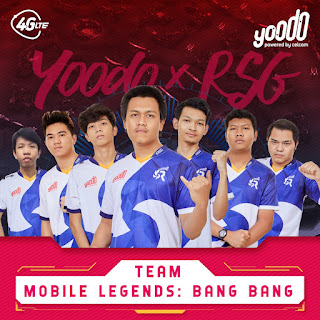 Yoodo RSG MLBB
This will then be followed by a special invitational tournament before marching on to MPL Season 8. The partnership with culminate in the grandest fashion with the MLBB M3 World Championships in late 2021.

“We recognise that the Malaysian market for MLBB is booming! There are many talented players and a growing base of passionate fans looking for great MLBB action. We are excited to be partnering with Yoodo to satisfy both professional players and fans alike with a line-up of incredible tournaments all throughout 2021,” said Michael Lin, Esports Business Development and Marketing Manager for MPL MY.

Owning the Competition with RSG – MLBB & Call of Duty: Mobile

Yoodo also announced a strategic partnership with RSG MY which sees the announcement of a brand-new MLBB esports team, Yoodo RSG MLBB, a new challenger in the MLBB competitive arena. 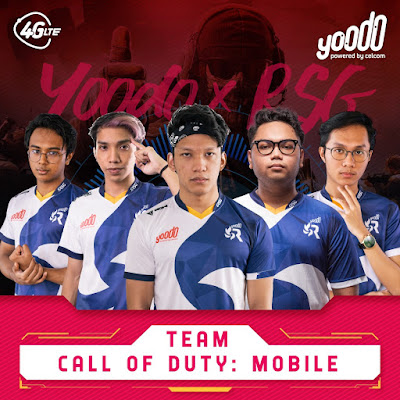 The new collaboration also sees the Telco expanding a stronger presence in Call of Duty: Mobile as the partnership also sees the announcement of the brand-new Yoodo RSG CODM team.

The team will be led by the highly talented Yoodo RanGer Abdul Hakiem, who has been prolific at winning international and national tournaments over the past three years. He will be joined by Edz – Farris Rauf, AlphaRe – Muhammad Azri, Raven – Ameer Imran and Derp – Muhammad Irfan Danial. Further details on the team can be found in supplementary factsheet.

Commenting on the partnership Aiman Wafiy, Operations Manager at RSG MY said, “We are all about connecting with the esports community in unique ways to create champions in all competitions. When it came to expanding our presence in Malaysia, it was clear from the get-go that – with their passion for esports, Yoodo would be the perfect partner. Now we are excited to see how this partnership can take our talented players further.” 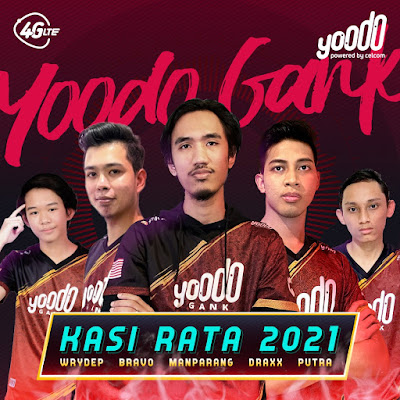 “We’re extremely happy to welcome Wrydep, Putra, and Bravo onboard Yoodo Gank,” shared Kevin Wong, Yoodo Gank Team Manager and CEO of Wulf Esports. “These skilled players have already shown tremendous commitment to the team and they are working very hard under the watchful eyes of our coach Hahagus to develop good chemistry among them and the existing players, Draxx and Manparang. I would say Yoodo Gank is wholly geared up and ready to bring us some great winning moments this year!”

“Yoodo Gank has been one of the most successful PUBG MOBILE teams in Malaysia and with this new roster we believe the team will only continue to set new records and build upon their legacy. We look forward to the exciting dynamic that the new players will bring with them and wish the team the best of luck!” added Tuck Mun.